Avoid these honey combinations according to Ayurveda

Know which healthy ingredient becomes dangerous for consumption when you add them to honey. 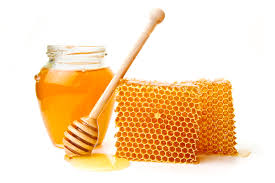 Health benefits aside, honey a natural sweetener also has loads of medicinal value.  A versatile sweetener, honey can be used as a part of salad dressings or stirred into a healthy smoothie. According to Ayurveda, honey is the best yogavahi, or a catalyst that carries the properties of the medicines added to it. But this potent substance can also turn dangerous if it is mixed with the wrong ingredients.

However, experts believe in exercising caution while combining honey with certain food stuffs since not every combination can be considered safe for consumption. We should avoid dangerous combinations of honey at any cost.

Do not mix ghee and honey in equal quantities

The thumb rule is to avoid mixing of honey and ghee in equal quantities. Honey and ghee are not considered an ideal combination. In many food preparations like honey-oat cookies or muffins, clarified butter is often used along with honey, which could have undesirable repercussions on one’s health.  Even Acharya Charaka, one of the pioneers of the ancient discipline of Ayurveda, has warned against this possibly fatal combination of ghee and honey. “But it is ok to combine an unequal ratio of two (2:1),” adds the doctor.

Do not combine radish and honey

According to Ayurvedic texts, combining radish with honey can result in the formation of toxic compounds. Ayurveda warns against this dangerous combination. Next time you rustle up a salad with a honey dressing, make sure you don’t add radish to it.

It has become common practice these days to add honey to non-vegetarian preparations, especially while preparing glazing for roasts. Honey and meat products are incompatible as per Ayurvedic principles and combining these ingredients with conflicting qualities can cause health problems.

Honey is often used as a sweetener in teas and other flavoured beverages. Another strict no-no when it comes to using honey is mixing it in boiling hot water or beverages. While raw honey is considered nectar, cooked honey is dangerous. Studies reveal that heating honey above 60 degree Celsius causes a significant rise in hydroxymethyl furfuraldehyde (HMF) which can cause toxicity in human beings.